Grintafy puts your profile right in the palm of the biggest scouts and clubs. We provide the connections, exposure and platform to make your football dreams come true. Footballers build their communities and bring them together on Grintafy.

Welcome to Nejree The Middle East’s online store for branded sports shoes. We are a unique store, in terms of online branded sports shoes selling store. We provide you the best sports branded shoes on one place for unbeatable price. We want to make sure, you get the best out of our unparalleled range. Our Information Technology team have designed a user friendly website with secured information and payment gateways. You can access our website and contact us from any mobile or desktop device. We don’t just deliver your order, we understand our customers and provide our best to fulfill your desires in sports shoes. As a part of social responsible we encourage people to train and maintain their fitness with our range of sports shoes. 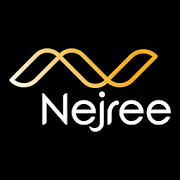 HalaYalla is a FREE event and activity booking application that allows you to easily book, attend, organize or create sports, entertainment and leisure events and activities throughout Saudi Arabia! HalaYalla uses your phone’s internet connection and location services to let you engage in an array of sports hobbies and active lifestyle events taking place around you

Our story when we decided to start Waki is long, let’s make the long story short, Osama and Ali started making a good use of their free time designing and implementing a simple reservation platform for KFUPM campus using PHP and some other scripting languages. After a awhile what we call it “ Waki initial point “ has started ! a simple and elegant reservation system for internal courts at KFUPM. The number of users and operations that site had were absolutely great and exceed all the expectations. Then, Abdulaziz met Osama and Ali telling them more about an idea to take the system to next level and the named it “ Waki “ which is derived from the famous english work “ OK “. Days passed, and later that year KFUPM announced a business plan competition organized by “ KFUPM Entrepreneurship Institute “, of which the winner will get the chance to be incubated at AMC “ Aramco Entrepreneurship Center “. You may have guessed who was the winner. Yes it was Waki and here we are

HalaYalla is an exciting new app to help you organize and participate in activities in your area without any of the headache you usually have to deal with. But it’s more than just an organizer. With HalaYalla, you have the opportunity to connect with people, try new things, learn new skills and most importantly to have fun in a way that you haven’t before! The idea was born and built in Saudi Arabia because we believed that there was a better way to get people together. We’ve lived, worked and most importantly had to organize activities here ourselves so we know how difficult it can be. It’s why we’ve built what we’ve built and we wouldn’t release anything into the world that we wouldn’t be proud to use ourselves! Our team consists of brilliant and passionate people whose expertise in sports event management and UX mobile design has helped us build an innovative, user-­‐friendly and just plain awesome app that we know you will love!